The earlobe correction is often taken with a smile, but for many people, especially when it comes to gender reassignment, it is a crucial factor to feel more comfortable in the new body.

Too large, torn-out or overgrown earlobes may be beautified in the context of an earlobe correction. This way, a significant contribution to the face feminization will be made.

In addition to the earlobe correction for transgender persons, there are many other options to achieve a feminine appearance. For a comprehensive overview, please click here: Feminization of the Face.

Another option to make the face look more feminine is the nose correction. Here you can find the respective information: Nose correction / rhinoplasty.

Is there a difference between female and male earlobes? 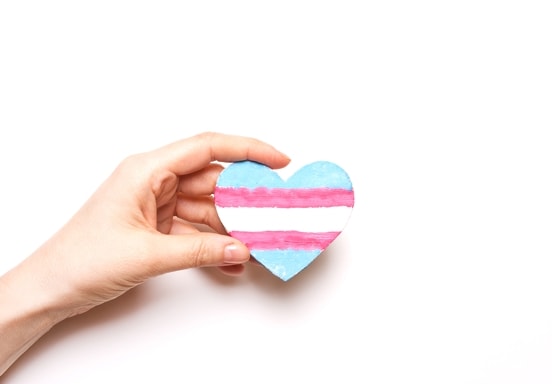 A woman's ear is proportionally a little smaller than that of a man. The male earlobe is also slightly larger than the female one is.

However, since small differences in size and structure also have a big impact on the face area, we can make a face appear smaller and more delicate thanks to an earlobe correction.

In this context, it is often useful to fix protruding earlobes.

There is basically neither norm nor ideal of what an earlobe should look like. An important aspect is that the proportions between the ear and the earlobe must fit.

A harmonious and round shape which has not grown will suit most faces.

What are the indications when it comes to the earlobe adjustment in the context of a gender reassignment?

One of the most common reasons for an earlobe correction is an earlobe having a too big size not suiting the face. The dominating structures of a female face are smaller, round, and soft. As a consequence, the earlobe should match as well.

If a person assigned male at birth has exceptionally large and dominant earlobes, there is an understandable desire to reduce their size in the context of a gender reassignment so that the whole face gets a more feminine and delicate appearance. Torn-out and grown-out ear holes may also be aesthetically corrected.

In addition, age plays a significant role when it comes to the earlobes. At a young age, the earlobe has a very full and slightly curved shape.

Many people wear earrings from childhood or adolescence at the latest. With increasing age, the ear holes enlarge while the earlobe generally becomes longer, thinner, and more wrinkled. At this point, with minor interventions, the surgeon can give the earlobe back its former momentum.

This can also be a fundamental component in the feminization of the entire face.

Surgical options when it comes to the earlobe correction

Depending on the indication, there are different options when it comes to the surgical earlobe modification.

Earlobe build-up in case of missing or wrinkled earlobes

Some people naturally either have no earlobe or only one which is very small in size. With the age, the earlobes also become thinner and more wrinkled. Many persons involved perceive this as an aesthetic flaw.

To give the earlobe a round, stable and feminine-looking shape, we can carry out a hyaluron injection. In this manner, after the injection, jewellery can adhere much better in the ear hole.

FAQ: They questions you may have when it comes to earlobe correction

Sometimes a minor, very fine scar may be left. However, it is barely noticeable after it has healed. Patients can later cover the scars up with a suitable piece of jewellery.

The earlobe correction is a routine intervention which is usually carried out on an outpatient basis under local anaesthesia. Small flaws such as an ear hole that has become too large in size are sometimes simply sewn up. If the defects are more extensive, the surgeon will apply a lobe dermatoplasty.

Since the earlobe correction is a very minor intervention, there are almost never any risks involved in it. The earlobe has an excellent blood circulation. This also means that the infection risk is minimal. On the day of the operation, the patient should allow himself some rest. However, the next day, the patient can usually go back to work and leisure activities.

Depending on what exactly needs to be made, you can expect costs between 300 and 800 euros per earlobe.

In general, the health insurance companies always refuse the coverage of the costs. The earlobe correction is a purely cosmetic intervention. Consequently, you have to bear the costs by yourself. Only in the case of children, sometimes, ear corrections costs are covered by the health insurance company if the affected children are victims of teasing.

Yes, this is possible, no problem. In this case, the hole should be placed slightly offset next to the incision. If the earlobe was filled with hyaluronic acid during the intervention, then it has a special stability and is usually able to easily wear even heavier pieces of jewellery.